11 replies to this topic

They won't be getting high any time soon...

Speaking to Gigwise at Mercury Records HQ in West London, Omar Rodríguez-López and Cedric Bixler-Zavala said they're pleased to have forged friendships once again with their ex At The Drive-In band mates, but iterated rumours of a reunion are ill-founded.

Putting the record straight, front man Cedric said: ‘(The reunion rumours surfaced when) we took time to bury the hatchet with the other members. There had been a lot of shit talk, at least on my behalf, and I had stuff that I wanted to say. I wanted to be friends with the guys again.’

He continued: “(A reunion) couldn’t happen any time soon because we have so much Mars Volta material.”

Elucidating further, guitarist Omar added: “We’re smart enough to never say never as you don’t know how life is going to happen. It’s like your first girlfriend, you learned amazing things together, but do you really want to open that can of worms?”

Despite quashing ideas of a reunion (for now), Omar has nothing but fond memories for his At The Drive-In days: “The thing with At the Drive In was the excitement of the first time. Like the first girlfriend or sexual experience, you can never recreate that moment.

Gigwise will bring you the full Mars Volta feature this coming Monday. To read our thoughts on their awesome new long-player 'Octahedron', click here

Some of the best material since Omar and Cedric's days fronting At The Drive-In...

If you aren’t aware of The Mars Volta by now, there’s probably the reason. You aren’t the type of person who drinks gallons of tequila, has assorted maracas arranged into size and might randomly consider growing a moustache. That’s not entirely true about the band, but it it’s the sort of craziness that you can expect from this alt-Latin-jazz rock band on previous recordings. And the sonic weirdness has been good.

But at times though, the crazy ear-bleeding noises and faux-Spanish lyrics have got just that bit too much. Creative boundaries have been pushed and lines crossed once too often. Thankfully, Octahedron is less controversial. And though very much in the spirit of the Volta it’s like someone has finally put a leash on this rabid dog, resulting in a far more controlled affair. Musically it’s the Alcaseltza after the night of tequila slammers, hinting at far darker and heavier things while actually only delivering a relatively soothing blend of rattling delayed guitars and soft but determined vocals.

Indeed ‘Teflon’ seems to possess the characteristics of its name-sake. Heavy drums disappear into a mix of strange guitar sounds while subdued vocals slide over the whole proceedings. This is indeed not only arguably the best material the Volta have delivered since their debut, ‘Deloused in the Comatorium’, it’s also some of the best material since Omar and Cedric's days fronting At The Drive-In. Whether it’s the early shrieked intensity of ‘Desperate Graves’ or the softer Latin blend in ‘Halo of Nembutals’, the diversity on offer here is of the like missing for several albums now.

There are still some characteristic difficulties – the format is eight very long tracks. And indeed by the end of that first track ‘Since We’ve Been Wrong’ you know if you don’t like it you never will. But arguably for those trying to catch a lift onto this crazy ride this may well be the stop point you’ve been looking for.

Flawed only in its idiosyncrasies, you’ve not heard rock until you’ve heard how The Mars Volta do it. And there’s few better examples than this.

Update: Mars Attacks... Again.
Thanks Interpol_ESP for the find.

Think chaotic, think in your face, think apocalyptic, think The Mars Volta. Until now, that is. The afroed kings of punk rock are slowing it down for new release 'Octahedron'. So what shape does the fifth record find them in? Beautiful, poetic and cohesive – but with all the screaming intensity we know and love from the 21st century’s answer to Led Zeppelin.

Simple for The Mars Volta musicians, is not how the rest of us use the word. Simple for the former At the Drive-In duo is pounding heartbeat drums, frenetic guitars and melodramatic synths. The only thing simple about the latest offering is you can understand the lyrics and hear a beautiful sometime falsetto voice behind them.

Genre-bending music is in the El Paso resident’s blood. A recent six month Mars Volta hiatus saw Omar make six solo records under the name Omar Rodriguez-Lopez Group and shoot a couple of films. “My studio is in my house. I have to cross my studio to get to my kitchen, so there is no avoiding it,” says Omar. Not that he’d want to. The man dressed in black shirt and jacket teamed with a black train driver’s hat is as talented as they come. “This is fun for us. It’s not a job.”

The live band – made up of Ikey Owens on keyboards, bassist Juan Alderete poached from Racer X, thumping Thomas Pridgen on drums and Omar’s brother Marcel Rodriguez-Lopez hammering away at percussion and synthesizers – are always one step ahead of their label with future records already in the pipeline. Record they're fighting to be given a release date.

“There are a lot of finished records and ideas that are being kicked around. It’s a big messy room that you constantly have to organise into piles,” says Omar, adding: “When you’re organising things to create a record, you choose the eight most interesting tracks to you at that point. Sometimes one says 'I don’t belong here' and one from another pile says 'I wanna be part of that record.'”

Playtime for Omar is about giving birth to a creative little entity called music. It speaks to him in a way that only true geniuses can testify. “A record is no different than a child. One day it grows legs and starts to speak and it’s not all about you anymore. You have to come to a mutual agreement with the record itself. It may reject ideas and guide you once you’ve given it a vocabulary.”

Omar is not the only member to go down the solo road, with Cedric using the break to work on his own material. Not that he wants the fanfare. “I hope it can go out on Omar’s label. I don’t want people to be like 'Oh look, the singer’s making a record, too.' I want it to be under the radar – for fun.”

If fun is what guides the consistently progressive back catalogue, then The Mars Volta are the most fun band on the planet. After At the Drive-In destroyed the competition with the untouchable 2000 'Relationship of Command' record, the band began to show cracks. Omar and Cedric hoped to experiment with their sound while Jim Ward guitarist and co-founder, bassist Paul Hinojos and drummer Tony were happy to stay on path. The ‘indefinite hiatus’ was called in 2001 and The Mars Volta was born from a previous side project DeFacto, while the other members formed now defunct Sparta.

The Mars Volta haven’t held back either, releasing five albums in near enough five years. It would be more too, if they didn’t have record label bureaucracy to contend with. All epic concoctions on their own, but together an arsenal of manic punked up rock and roll. Octahedron brings a slower pace to the martian mix. Making live experiences all the more eclectic.

Unfortunately for us, the festival season got in the way. The Mars Volta are only touring Octahedron on a small scale, for now anyway, with a date at Somerset House in July. “We’ll be back. This is just the beginning,” hints Omar.

And so on to the future. The all important reunion that so many want and so few actually believe will happen, until recent reconciliation rumours surfaced, that is. Cedric puts the record straight. “All it was is that we took time to bury the hatchet with the other members. There had been a lot of shit talk, at least on my behalf, and I had stuff that I wanted to say. I wanted to be friends with the guys again.”

This journalist’s heart sinks. “We’re just trying to see if we can still get along,” continues Cedric. The heart fizzes a little. A glimmer of hope appears. And are you ‘getting along’? “So far so good. It couldn’t happen any time soon because we have so much Mars Volta material.” The heart is now pounding. There is light and the end of the dark At the Drive-In tunnel. And we’re happy with that glorious maybe.

“Do you look forward to getting back together with your first boyfriend?” Omar enquires. If he made music like At the Drive-In, then yes you’re damn right I would. “We’re smart enough to never say never as you don’t know how life is going to happen. It’s like your first girlfriend, you learned amazing things together, but do you really want to open that can of worms?” Again, if those worms wrote 'One Armed Scissor' I’d probably give them another shot.

“We want to be peaceful with those people because we were in a band for seven years together,” offers Omar. “We’re in our thirties now, we don’t want to be angry about something that happened ten years ago.”

Putting the At the drive in dream return aside, The Mars Volta have more than filled the rock void – they have brought more originality, attitude and talent than one band deserves, let alone two, and numerous side projects. It’s not just when would the duo themselves would have time for an At the Drive-In return, it’s when would we?

Nice - they gave Octahedron 4.5/5 and said that it's some of their best work even since ATDI.

Interview's nothing we haven't really heard from them in the past couple of days. I look forward to the longer feature on Monday. 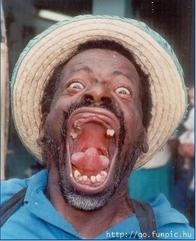 Omar, speaking in analogies? Whoa, what a turn up for the books.

haha good interview and reviews.... Omar and Cedric quite often refer to music, process, touring ect to girlfriends. i'd love to know how those girlfriends feel about it now...

"Damn if i knew he was going to be famous!!" lol

Its not like this fan-base could even relate to that sort of analogy ;)

Thanks, I'll edit now. I checked a few hours ago and nothing.

Longer part of this interview: http://runningthevoo...guez-lopez.html if you wanna update.

I'm a little confused, isn't that part of another interview?

If you aren’t aware of The Mars Volta by now, there’s probably the reason. You aren’t the type of person who drinks gallons of tequila, has assorted maracas arranged into size and might randomly consider growing a moustache.

OK, who wrote that?

I want his/her name so I can e-mail them with some half-baked, snide comments about their heritage.

Back to Album Reviews