could just mean that the other white guy in Death Grips doesn't actually do anything. He is usually credited as production on the records. So by that logic Ride and Zach are DG, so Zach is half of DG. Right?

Lol Eric’s story is now him and DJ Dougpound getting a private viewing of Death Grips rehearsing in a dark room. 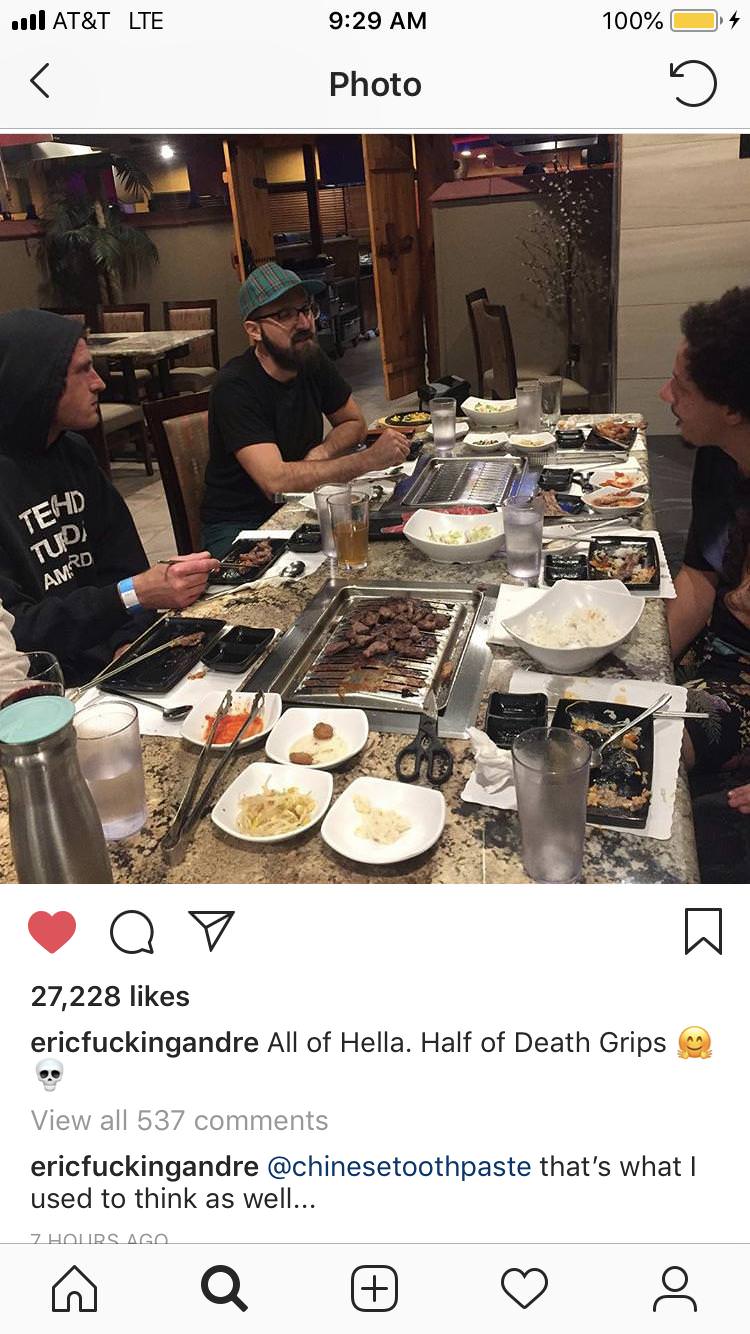 Just posted about Eric Andre with Zach and Spencer from Hella in the Hella thread but figured the comment was worth discussing. The caption says half of Death Grips and in the comments someone said “you mean one third”. That’s where you can see Eric’s response saying “that’s what I used to think as well”.

what a spread though are we right

Lol Eric’s story is now him and DJ Dougpound getting a private viewing of Death Grips rehearsing in a dark room.

i wonder if that's how they always rehearse, one ceiling mounted red lightbulb

Late to the party, I guess, but holy shit the new album's fire. I really like all the scratching, and how they made it a part of the beat in many cases. And all the weird sampled voices that pop in...crazy shit!

could just mean that the other white guy in Death Grips doesn't actually do anything. He is usually credited as production on the records. So by that logic Ride and Zach are DG, so Zach is half of DG. Right?

no not right. in fact that's quite wrong. doesn't do anything? who do you think takes the time to peruse free sample webpages, download those samples and then trigger said samples in a live setting with their laptop? hint it's not zach or ride, so please be so kind as to show some respect to an integral member of death grips in andy. thank you

haha I feel bad for the guy. I couldn't even remember his name. But, you know, they've played shows without him and nobody noticed the difference. There are probably a decent amount of ppl that don't even know he's in the band i saw a theory that the tracklist is not the 'correct' order, the basis of which is the transitions not always matching up

i saw a theory that the tracklist is not the 'correct' order, the basis of which is the transitions not always matching up

interesting, that'd definitely be new for them

Zach posted the suicide banner on Instagram last night, wonder what that's about

Damn I hope that never happens. Rollins makes a drama out of fucking everything. He gets a pass when he's talking about the death of Joe Cole, because that shit was really tragic and insane and I also like his David Lee Roth impression, but I just listened to his podcast where he talks about the recording of "The End Of Silence" and if you think about what actually happened, like only the bare facts (the label requested an additional producer, which was not what the band wanted but they ended up getting along pretty well), and compare it to the way he describes it, it sounds pathetic. He describes everything that happens in his life as some kind of intense fight situation. Completely blown out of proportion. The "Get In The Van" audiobook was almost unlistenable. He's such a "warrior poet".

Stefan on the other hand barely speaks and seems to be pretty chill dude when he's not on stage.

i can get not being into his standup/whatever you want to call it, but i thought get in the van was great


One of the better mashups I've heard

so these guys are playing shows and the glass man is absent, i wonder what happened - maybe something in the winter?

Special edition vinyl finally arrived.  The sleeve that holds the vinyl has regular colored mouths and inverted color ones too if you don't want to look at gnarly grossness in such vivid detail.  Already like 60 bucks on discogs because fandom is a bitch.

What a bizarre coincidence. Katy Perry posted this pic after voting yesterday and check out our homeboy behind her on the left... 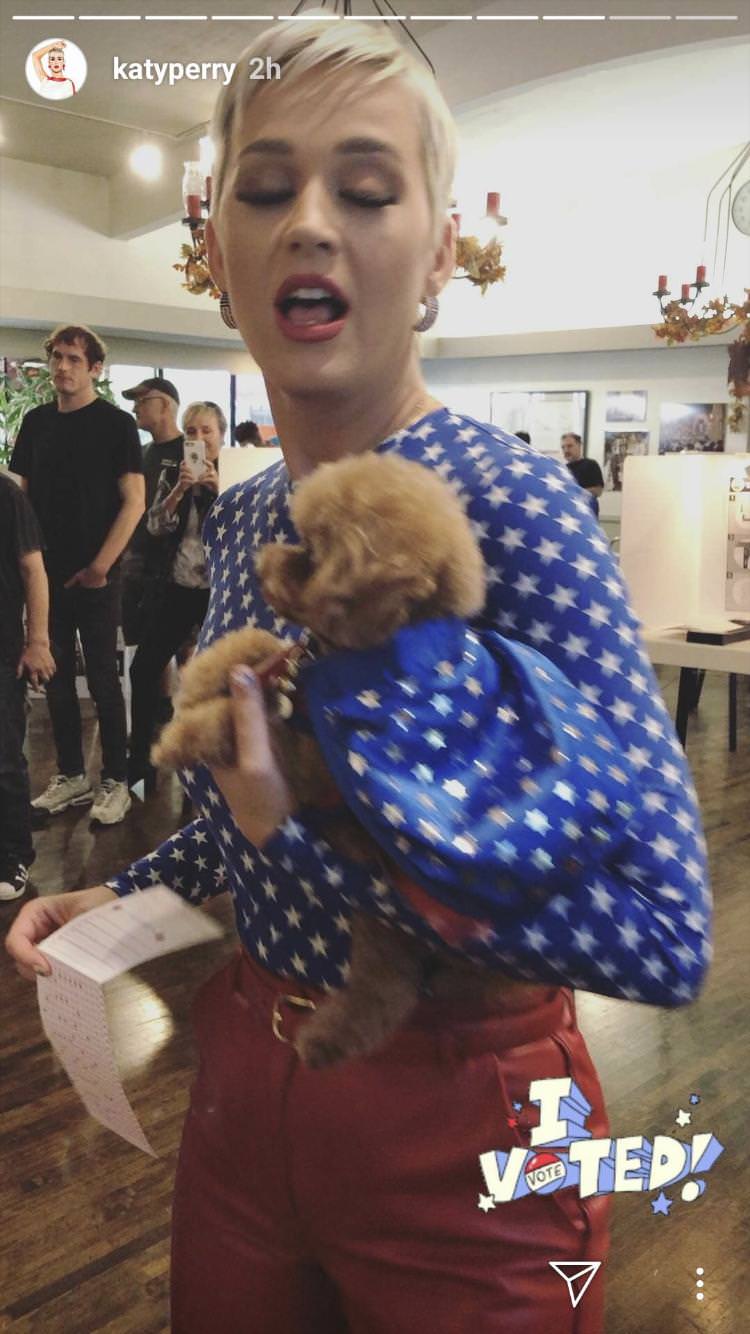