Patrick WatsonAdventures In Your Own Backyard (April 17, 2012) 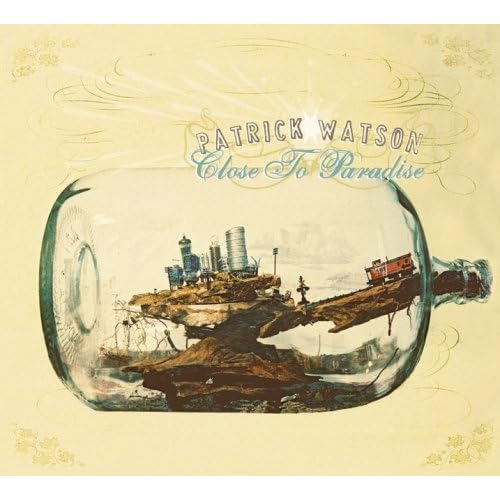 The album, Close To Paradise, lends itself to introspection on love lost and dreams dashed. Perhaps it has more to do with his voice–a little M. Ward, a touch of Jeff Buckley. Although you know what? Maybe it’s the instrumentation…all Jon Brion wandering through the streets of Quebec at sunrise or sunset. Sometime when the sun isn’t really up or down but just a prediction or a memory.

Listening to Patrick Watson’s third album is much like taking a walk through a dreamy netherworld. The Montreal native tells stories full of rich imagery that romanticise escapism and dwell in somewhat of an alternate reality. The songs themselves are beautifully written and arranged, taking classical, soul, gospel, rock and jazz influences, melting them down and skilfully blended into an arresting mélange. Watson’s vocal delivery is rather reminiscent of notable fellow romantic Jeff Buckley’s — especially during some of his more acrobatic vocal contortions. The disc never really lets up, and maintains a twilit ambience through its duration. Perhaps what is most striking about Close To Paradise is its sumptuous texture, aptly exemplified by the two best songs that appear in the middle of the album. “The Weight of the World” finds horns and strings conspiring with a veritable mini-orchestra to create a lush cabaret noir piece studded with a generous portion of hair-raising moments. This is immediately followed by the understated minor key shuffle of “The Storm,” which is haunting and infectious at the same time. These songs are emblematic of the record’s greatest strength — complex arrangements and a diverse musical library are utilised to create a surprisingly accessible package that most will find hard to forget. If he gets the right breaks, it is entirely conceivable that Watson will be next in the line of celebrated Montreal indie rock exports.

Just as an interesting aside, the band has shared the stage with the likes of Steve Reich and Philip Glass...and Watson himself is a big fan of Debussy and Satie, so there's a bit of a classical music pedigree to their brand of piano pop. Also, I was intrigued to read that they enlisted Amon Tobin to helped out with some of the electronic elements on the album. All in all, I'd say Close To Paradise is definitely worth a spin if you're a fan of Buckley and the Beatles (by way of artists like Rufus Wainwright, Augie March and...umm...Coldplay).

I'm definetely hearing M. Ward in the vocals of "The Storm".

hmmm
his music is really laid back and mellow.
yet creepy at times.

which is his best album?

The one the thread's about, Close to Paradise....though I haven't heard his previous efforts to compare.

The second single ("The Great Escape") will be the next episode of Grey's Anatomy and Patrick apparetnly does some work on the upcoming Cinematic Orchestra album Ma Fleur as well as going on tour with them (as part of the band)...

Listen to the song he did here....
http://www.ninjatune.net/tbah


I've read he's also on the new Amon Tobin album in some capacity.

I can't honestly stress how incredible this band's music is. Very Jeff Buckley.

Also, I think out of everything that Cybrid has given me, this has to be the best music recommendation i've actually taken up.


I need some more birdy nam nam now too haha.

I love Patrick Watson, could've seen him live but totally forgot about it. I was so bummed.

They won the Polaris...
http://www.polarismusicprize.ca/

This shit has entirely passed me by. And apparantly he was a huge deal at Lowlands. I fucking missed out :S

I hope the band comes to SXSW this year.


I'm excited just thinking about it.

soooo good. saw a bit of his set at a festival but I was too worried about not getting a good place for stars I couldn't get into it. love the album and I'm seeing him at a really old theatre at the end of november which should be excellent.

hmmm...i dled this and i see no comparison to buckley, minus the voice effects and such...this album was a bit disappointing to me, i listened to it with high hopes from this thread, but it wasn't good imo...

Third time giving this album a listen, I fucking love it.

recently bought "just another ordinary day" and it is as great as its successor ... more instrumental, very very sweet music

I'm gonna have to get this as I'm a big fan of Buckley and Augie March. Thanks for the recommendation.

I would like to thank Cybrid for this thread, as Close to Paradise is gold, and Waterproof9 is also pretty fantastic. I'm not familiar with Just Another Ordinary Day yet, though. Still haven't gotten it into my ear.