yeah digipak was nice, poster i got with it was badass as well

Cool cool. Would anybody be interested in transcribing the included lyrics? It would be much appreciated.

We're here to dance at once

We're here to dance at once

sorry for any mistakes haha

Awesome! Thanks man. I really like his lyrics (at least what I can understand haha).

no problems, yeah almost....cedric-like...but the South African would be good to decipher

If we work together we can figure these out, lol.

Things were beginning to get quiet. Thanks for lightening the mood. :)

Ok tESt dRiviNg nEW materiAL and jAMMiNg OUt at City hALL in DURbAN SOUth AfRiKa on the 23rd of September /// spread the wOrd.

New line up, glad to see this band is not dead

Nice! I had nearly forgotten about these guys.

The band is undergoing some line up changes/additions 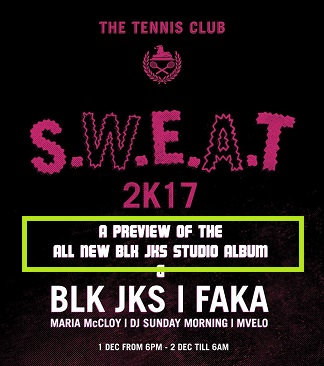 Well it's about time

Good news ! How long has it been ? 6 years since the last ep or something like that ?