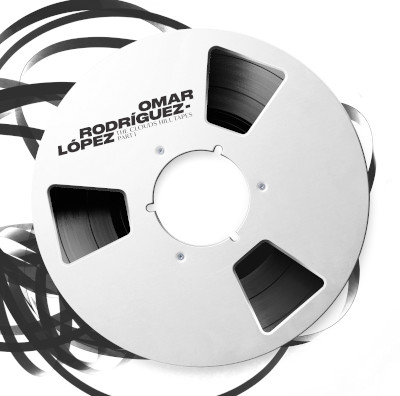 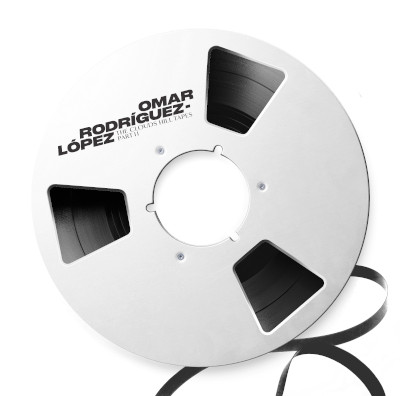 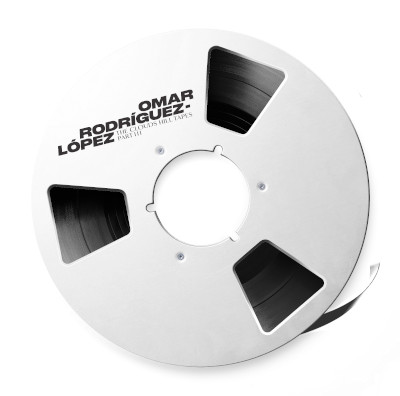 The Clouds Hill Tapes Part I, II & III are 20 new songs produced by Johann Scheerer and performed by Omar Rodríguez López and a range of guest musicians. They are going to be released as a 3 x 12" vinyl box set on July, 24th. It comes with 10 monochrome photographic prints takes during the recording session at Clouds Hill Studio in 2019.

Omar is my favorite musician. This has been my truth for a very long time. This announcement, like every other Omar related announcement, brings me a joy that no other musical entity has ever been able to elicit in me. Every time I see threads like this I am brought back to my earliest memories of discovering Omar's catalog and the anticipation of each new release as they unfolded in the pages of this forum. I've been lurking here since 07-08, joined officially in 2010 and now here today I'm elated yet again that my favorite musician has decided to put out another record, or in this case three records. But, and correct me if I'm wrong on this, wasn't there some info about how every show Omar has ever played has been recorded professionally in some manner? Not necessarily on tape like here but in some form at every single show? At least from TMV onwards? I seem to remember that some of these shows were gonna be released through bandcamp or some type of "fan club" around the time that the first Antemasque record was released. This was told to us through Omar's sound engineer at the time or whatever, Matt was his name I think? Either way being that this is a live recording we're getting I can't help but feel a little let down about not getting those other recordings. Ultimately though, nothing compares to hearing about an Omar drop, especially one we know will actually come out.

when it comes to Omar, during the last 15 years I leared not to expect anything, because he doesnt give a shit. fans want another Amsterdam series album, nope let's do some tmv outtakes. fans want TMV australia dvd. never gets released.
fans see list of covers for the upcoming albums, some of them never get released. fans then gwt information on how manu ipenac albums will be released, nah lets toss that info and do something else instead...

just a few examples that cross my mind

sooo, dont be dissapointed. be happy that he decided to release something. I am sure it will be a great thing to listen to

I'm convinced this release is Omar making up for never releasing the Ipecac albums physically. We know how important vinyl has always been to him. Simply releasing all "ORL Projects" on vinyl would have been an economic disaster for both fans and the label. A single "best-of" type release always made sense. Maybe there was some contractual thing that made it impossible to use the Ipecac material, or maybe he thought the recording quality wasn't what the songs deserved (let's not forget that those albums were not fully finished products and essentially scraped together by Chris Common and Jon Debaun). My first reaction was marred by the fact that it's not "new" material, but now that I think about it, I'm pretty happy this is happening!

Edit: When I wrote the last sentence I hadn't seen that it's in 3 genres yet, which could explain the division.

Personally, I feel that at least half the Ipecac series were strong enough 'start to finish' albums to deserve vinyl releases.

I really want to support this and preorder as soon as I can but... I don't own a vinyl player. sucks :(

When is the first single coming out?

The lineup was confirmed by audrey

2.  The boys being back home again

3.  ANTEMASQUE is the best thing they ever produced.


Is there anywhere that we've heard about the potential for a single? If so I missed it somehow.

As far as the personnel on these albums, it's confirmed that there are guests on the recordings so that gives me hope that we'll hear some very interesting things when this drops. A lot of these tracks were played by the ORL group during Cloud Hills Fest, and based on those Insta posts from the control room during that performance I'd bet those are some of the recordings that we'll be hearing.

2. acoustic, but not really

Hoping Science Urges is the single.

just in relation to the few comments i'm seeing here about it: this is not a live recording of a clouds hill fest performance. these are new fully produced studio recordings - this has been stated by the clouds hill guy on facebook a few times.

There is a live snippet of "it all begins with you" on youtube somewhere, I'll try to post it