He's crazy on sepulcros. I think he could've been a mars volta drummer really

I used to play Halo and listen to Sepulcros on repeat until like 4 in the morning. Good times.

I used to do that with Mantra Hiroshima & Goldeneye (Wii)

I used to play Halo and listen to Sepulcros on repeat until like 4 in the morning. Good times. 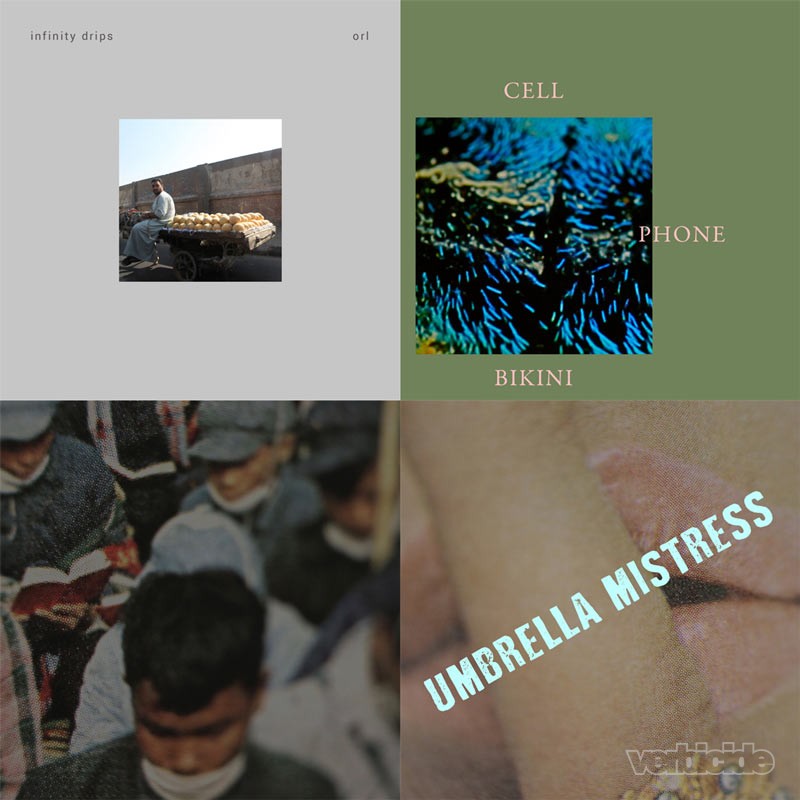 the final release in this next batch of four is definitely more for those looking for the more experimental Omar sound. From its cover alone (an image that some may compare to the back cover of The Mars Volta’s The Bedlam in Goliath), it’s no surprise that the overall sound of Infinity Drips is inspired by a decidedly Middle Eastern sound structure. With slightly buried vocals encompasses in tabla drums and sitars, Infinity Drips is an acquired taste that will not hit with every fan. Without a doubt, it has it merits and will hold you in for at least one listen through if you’re not the adventurous type when it comes to your music. But by the point I tried to delve into Infinity Drips for a second time, my utter love and adoration for the other releases tore me away from even attempting to get to the end for a second time. Though, it’s like I said when we started this adventure together — by now I expected to be buried to my neck in experimental releases. At least Infinity Drips has a unique sound to offer, and is not just Omar and his family screaming into microphones while living inside a plastic igloo.

Oh man that really is disappointing about the cover.... I am excited to hear this one though, been kinda  missing the more experimental stuff honestly.

The cover for El Bien Y Mal Nos Une is amazing. And the one for Cell Phone Bikini makes Umbrella Mistress' look splendid. That's quite a feat.

yeah it kind of has shades of buckethead at least in regards to the quality  of the text on the actual image and such, just looks so cheap and quickly done, I can get behind either if there was no text on it, but man oh man. oh well oh well likely to get some really awesome music out of it still

That artwork is shit.

it's certainly not sonny kay but it looks good, matches the material better than his according to what's said about it

I wonder if these are related

Sonnys artwork was incredible but I do like this. Still a bit pissed that Omar didn't use it which makes me think that Sonny may have created art for a lot of these and Omar just scrapped it.

Middle eastern Omar ? By far the most exciting for me. Probably made in 2008.

Middle eastern Omar ? By far the most exciting for me. Probably made in 2008.

i'm positive it's later than that, probably 2011 after he broke up with ximena. i wouldn't be surprised if it had some samples from the jerusalem trip in 2007 though

TSH: And you also like sampling Indian music and improvising crazy melodies over Indian music with your voice…

Teri: This is inspired by the work and motivation of Omar, to try new things and to explore the endless possibilities that one can do with sampling. Since I am blessed to be surrounded by many, many composers, writers, engineers it would be foolish of me not to try and learn something from it all. My mother loves Indian music, so when I was little I had the fortune of being in an environment of spices and Middle Eastern music. Omar and I worked on an album where it’s just Indian music, samples turned into neatly crafted hymns with some Spanish lyrics, some others are English lyrics… At the end of the day it’s always great to try new things for one self. Who knows, maybe someday we’ll release it.

If it's 2011 with Teri then it would have to be earlier that year because that was a known title during the Telesterion release.

The review didn't mention Teri so who knows.

If it's 2011 with Teri then it would have to be earlier that year because that was a known title during the Telesterion release.

The review didn't mention Teri so who knows.

that's a good point, but they sound too similar to not be the same. i figured omar footfetish-horndog would wait before using his next mistress to record with, i guess 09 or 10 since he started working with teri in 09 right?

so does that mean teri or instrumental? it'd be cool if it was just jon debaun moaning