Bizarre change of opinion among my friends: they slated ATDI's 2012 reunion, but are all about the new material. I like it but I would rather have the proper Sparta lineup back. Eh, I'll give them a chance I guess.

Went to the show in south texas last month. One of my friend's buddies shot some video.

In constipation
Fists clenched and falling
Mistakes make it EAAAASY

I was very confused. On Spotify they put it on Sparta's page. I just looked and it's gone, but they do have a new song called No Han Hecho Nada. Am not able to listen to see if it's actually Jim's Sparta.

It's definitely not Jim's Sparta.

seems like they're also in studio. who first, TMV or Sparta?

Of the single Ward notes, “‘Believe’ is a song that’s been on my desk for 10 years, I’ve recorded numerous versions but couldn’t quite get it where I thought it was ready until now. Once we had the basic track I sent it to my friend Carlos Arevalo from Chicano Batman for some guitar touches and was over the moon with his contribution. I couldn’t think of a better song from Trust The River to kick this new chapter off.” Watch the video below.

When it comes to his long and fruitful career in music, Jim Ward is not guided by vanity or money or some grand narrative in which he’s the central player. It’s all about the song, the melody, the lyric. So in late-2017, when he began making heavier, more riff-laden music, he rang his Sparta bandmate of more than 20 years, bassist Matt Miller, and began work on Trust The River, the band’s first album since 2006’s Threes.

Of their absence Ward notes, “I’ve made a real point to never break up a band, mostly because if you look at my history it’s filled with on-and-off-again projects. As much as I can control it, I don’t want there to be permanence.”

Making the album was a multi-month songwriting process that culminated in some of the most inspired recording sessions of his career, with help from Miller, drummer Cully Symington, and guitarist Gabriel Gonzalez. Also joining them was Austin-based musician-producer, David Garza.

Beyond Sparta, Ward has performed in various bands and under several monikers over his long and winding career— from the iconic post-hardcore band At The Drive-In, to a slew of solo albums and, recently, his alt-country project, Sleepercar.

Having been a member of heavy bands but also showcasing his more melancholic side via his solo work, Ward says the new Sparta album feels like the logical meeting point of his influences. “Naturally it’s coming to this unity,” he says. “Those two worlds have always b 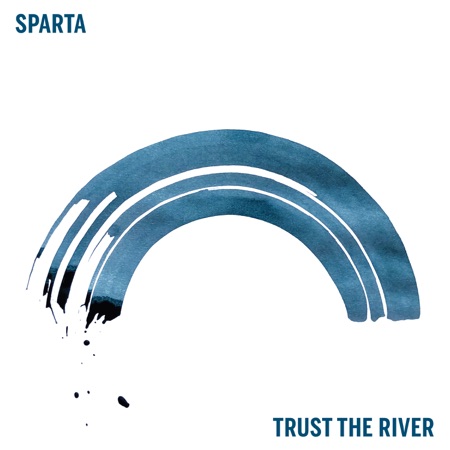 you know, ATDI story is kinda simillar to blink 182. both break up, 2 parts of the band start projects. one of the members changes camps several times (Paul leaving Sparta for TMV; Travis leaving box car racer for +44), drummer from original band gets replaced in one of the side projects (Tony replaced in Sparta, Travis replaced in box car racer (although the band changed the name to angels and airwaves)), then reunite happily then ATDI and blink 182 connect in 2015 (Antemasque), then after some time break up again but instead of actually breaking up, replace the "unreplaceable member" (Tom Delonge/Jim Ward) and record stuff, while the other camp is silent, does other stuff, doesn't release no music at all and doesnt tour, untill dropping a few singles, touring and eventually releasing an album long after their former bands did without them. (AvA didnt announce a new album yet though). Now the next step is the long awaited +44 reunion

Believe is a super boring song.

Not sure why he stuck with the name Sparta. They don't sound like Sparta. Well, to be fair, I never listened to their third record, so maybe it does.

I think if you're the singer and creative force of a band, and you switch out your crew but keep the same vibe, keeping the same name is fine (like the Shins, the Smashing Pumpkins, etc ). But if you're starting over and going in a new direction, other than for money I don't really see the point.

Every time I hear a Sparta song it reminds me how necessary that ATDI break up was.

Not sure why he stuck with the name Sparta. They don't sound like Sparta. Well, to be fair, I never listened to their third record, so maybe it does.

I think if you're the singer and creative force of a band, and you switch out your crew but keep the same vibe, keeping the same name is fine (like the Shins, the Smashing Pumpkins, etc ). But if you're starting over and going in a new direction, other than for money I don't really see the point.

Name recognition is a lot. They also play sparta songs. And the lineup didnt change that much. He just changed the drummer. 2nd Guitarist doesnt count because Paul was replaced, why Keeley cant be? Besides that, Gabriel toured with sparta as the third guitarist in 2003. So why exactly should he change the name because of drummer replacement if its not Neil Peart? I think it was kinda a revenge to Tony because ATDI went on without him

If we were to talk about a band that changed lineup but kept the name without sounding anything like old stuff it's King Crimson in 80s. They barely even played old stuff live

If you really think about it, they shouldnt call it ATDI or TMV either then. Cedric is the only original member of ATDI really

If you REALLY think about it...

we live in a society